An Update on TRR 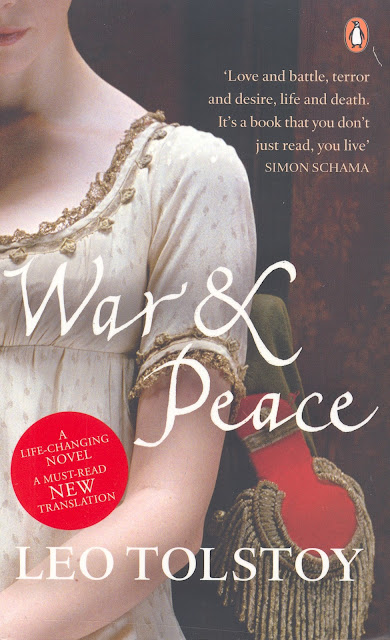 I don't have much to share with you in relation to LU, so I thought I'd update you on The Rat Race (my side-project turned 1100+ pg. monster). As of this very moment, TRR is 615,314 words long. Or 1110 pages, whichever you prefer. Normally I wouldn't bother you with a word count, but TRR is now longer than Leo Tolstoy's War and Peace. People have asked me why I haven't split it into several books, but it's just not one of those stories; it spans almost two years so far, and while TRR probably could be divided up, it seems more natural to simply let the action flow. You know, like real life does. I may consider chopping it up when I got back and edit it later, but for now, it remains one, seamless story.
Since I know none of you have read TRR and probably don't remember its plot, I'll just leave you with this teensy intro scene, voiced by one of the main characters (Sam Decker). I haven't edited this since I wrote it almost two years ago. Sorry if it's total rubbish >.<
Anyway, I hope you enjoy!

I’ve heard the stories. About how, so many years ago, men would go to tracks and watch horses race. They’d dress up in their Sunday best, don hats and slacks and nice shoes, and take their wives to the races on clear, sunny days and bet with their friends on which animal would win. They would peer at the horses and jockeys with their binoculars and sip on dainty little drinks while they watched. The betting was friendly and good-natured, if competitive. The grass in the center of the track was always lush and green, and the track itself was kept clean and pleasant to the eyes. There was a wreath of flowers for the winner and his horse, and a gold cup that meant he was the greatest that year. The gamblers were gracious and gentlemanly with each other, and so were the jockeys and owners. Their wives chatted with one another under the shade of lacy parasols and were proper and mannerly.
It was considered bad sportsmanship to curse or become overly upset with the results of the horse they bet on. Everything was bright and clean and innocent and pleasant. It was a gentleman’s sport, saved only for those of wealth, men who worked hard and used their intellect to get to the top of their little worlds. Men of good character and morals, who loved their sport and would never do anything to betray it.
Those were the people my father told me about when I asked him how the mudhorse races started. I didn’t believe him at first, that people like that really existed, or that the races were really like that at one time. Everything in those stories seemed to cry fantasy, like they were the imaginings of some silly girl who was envious of the posh life of the upper class. Even today, I’m not sure I believe his stories, though I want to—they’re the only thing I have left of him.
Of either of my parents, actually; they both died of fever when I was eight, and they had nothing to leave to me except the memories of their voices and their stories. But that’s a better inheritance than becoming a mudhorse when I was nine. My dad, he was a woodcutter; I had nothing to inherit from him when he died. The races were my only option, and they’ve kept me alive these six years.
I’m a mudhorse. Once, I was the son of a woodcutter, but now I have nothing but the races and the mud and the sweat and the betting.
But those silly stories, about the gentlemen and their ladies and their horses, I still like hearing them. They’re how the mudhorse races began—even if the truth has been stretched and distorted—and they make me feel like there’s still some hope for us mudhorses, despite what the rest of the world tells us. Like maybe we can go back to that someday. Like maybe there are still some honest, good people in the world. If there are, I’ve never met them, but maybe one will turn up some day and convince me that all the goodness isn’t gone.
No. It is all gone.
I’m a mudhorse, and the world is cruel.
Written By Elizabeth Anne at 6:06 pm